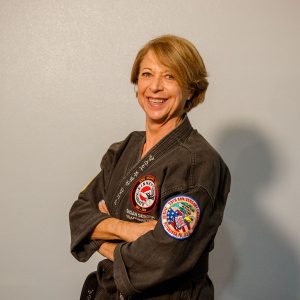 Susan has been training with Kinney Karate since 1988 and is the Head Instructor for the school. She is an 8th degree black belt and master instructor. In 2014, after the death of our founder Soke Kinney, Susan Serota was promoted to 8th Degree Grand Master and given the title “Soke Dai” or inheritor of family. 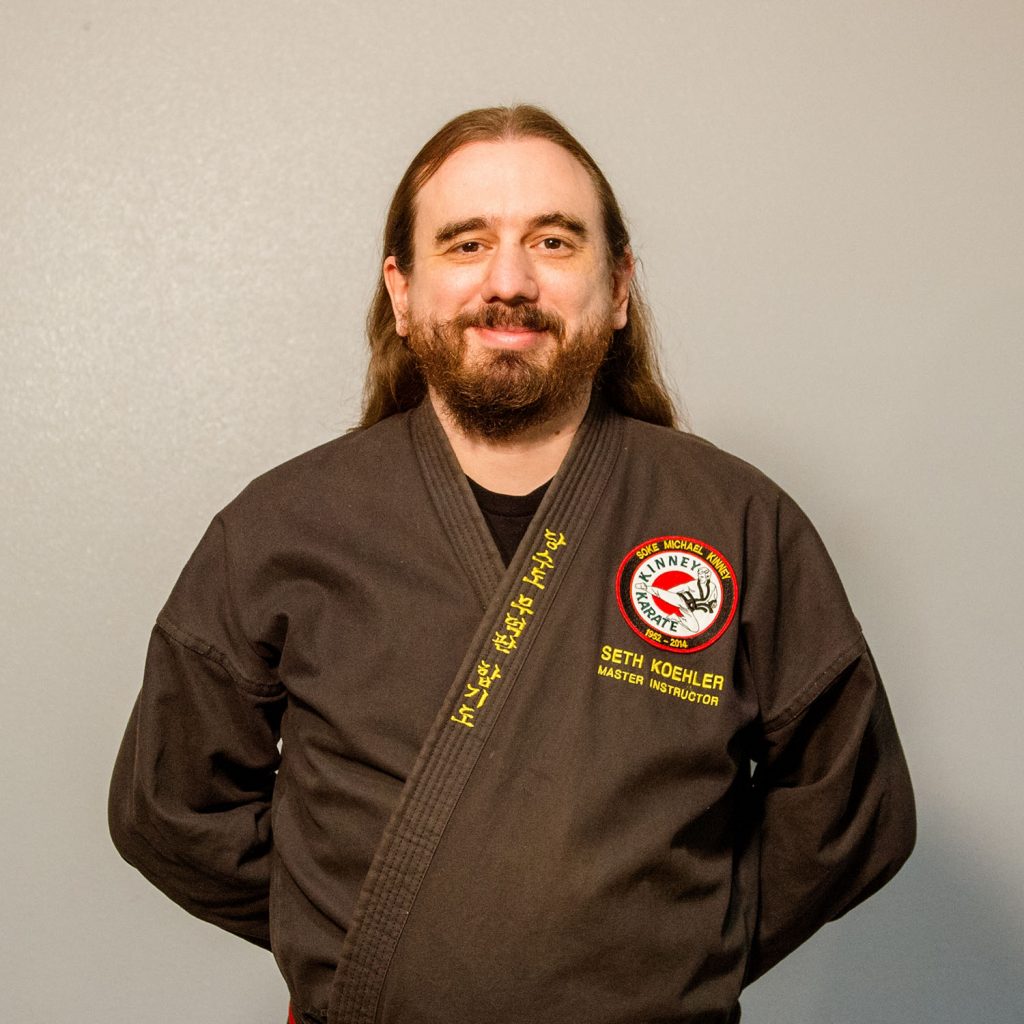 7th degree black belt, Master Instructor Seth Koehler has been with Kinney Karate for over 25 years (1992). Master Seth trained primarily with the school founder, Soke Michael Kinney, along with Grand Master Susan Serota. He has also trained with accomplished instructors from all over the world, including Remy Presas, Bill Wallace, John Ward, Sean Martin, and many others. Seth holds black belt ranks in Shotokan, Judo, Modern Arnis, and Krav Maga.

Seth has been teaching for over 20 years and has promoted dozens of students to Black Belt ranks including training some of Kinney Karate’s most talented Master Instructors. He’s been the center lead at most locations and opened Kinney Karate New York. He taught seminars on Jujitsu, sparring, and teaching skills all over the U.S. After the death of the school’s founder, Soke Michael Kinney, Seth took over the operational responsibilities for Kinney Karate and works with Grand Master Susan Serota to keep Kinney Karate the most well rounded and dynamic martial arts system in the world.

Master Seth has won many competitions over the years including a state sparring championship and wins at the U.S. Martial Arts Open in Showmanship, Sparring, Forms, and Self Defense. He’s competed all over Florida and currently serves as a center judge for NASKA. 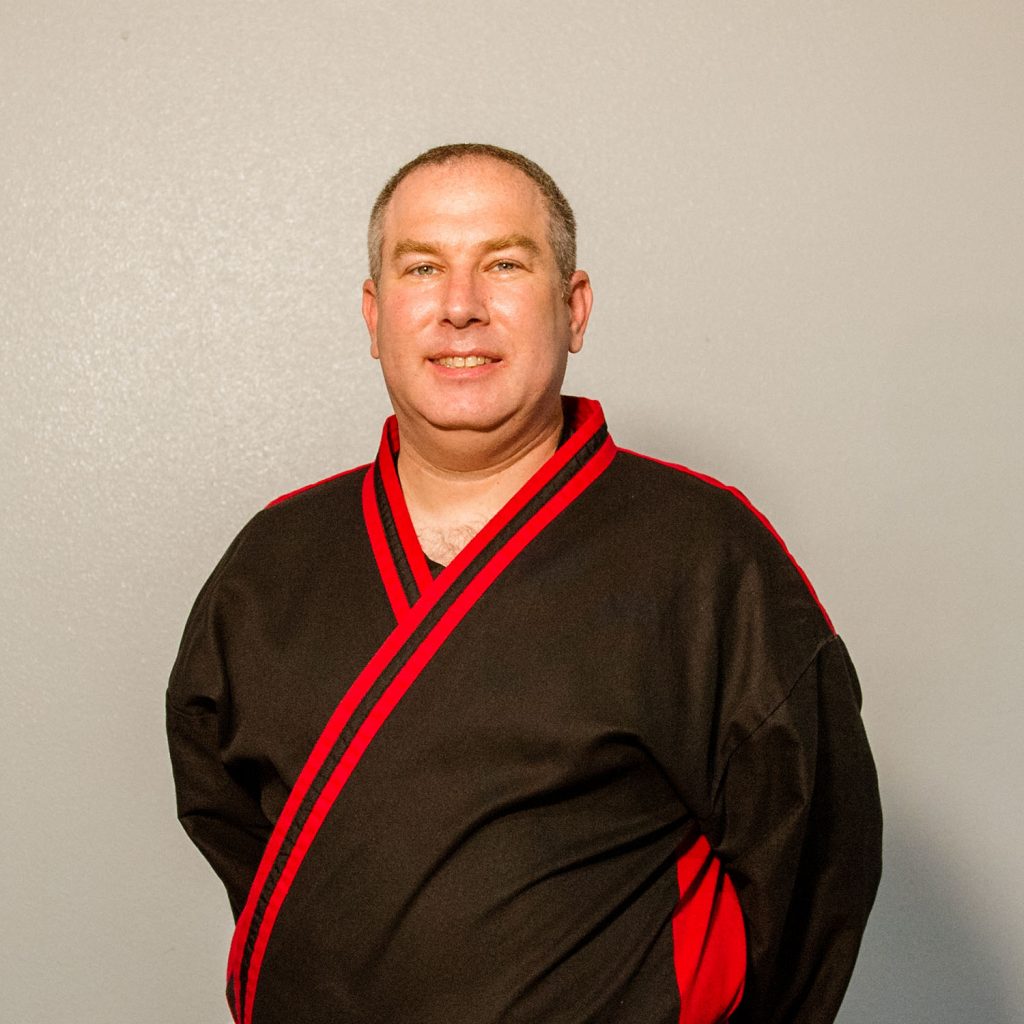 Richard Serota is a 7th degree black belt and master instructor. Richard currently lives in Atlanta GA. He has been studying martial arts since 1989. 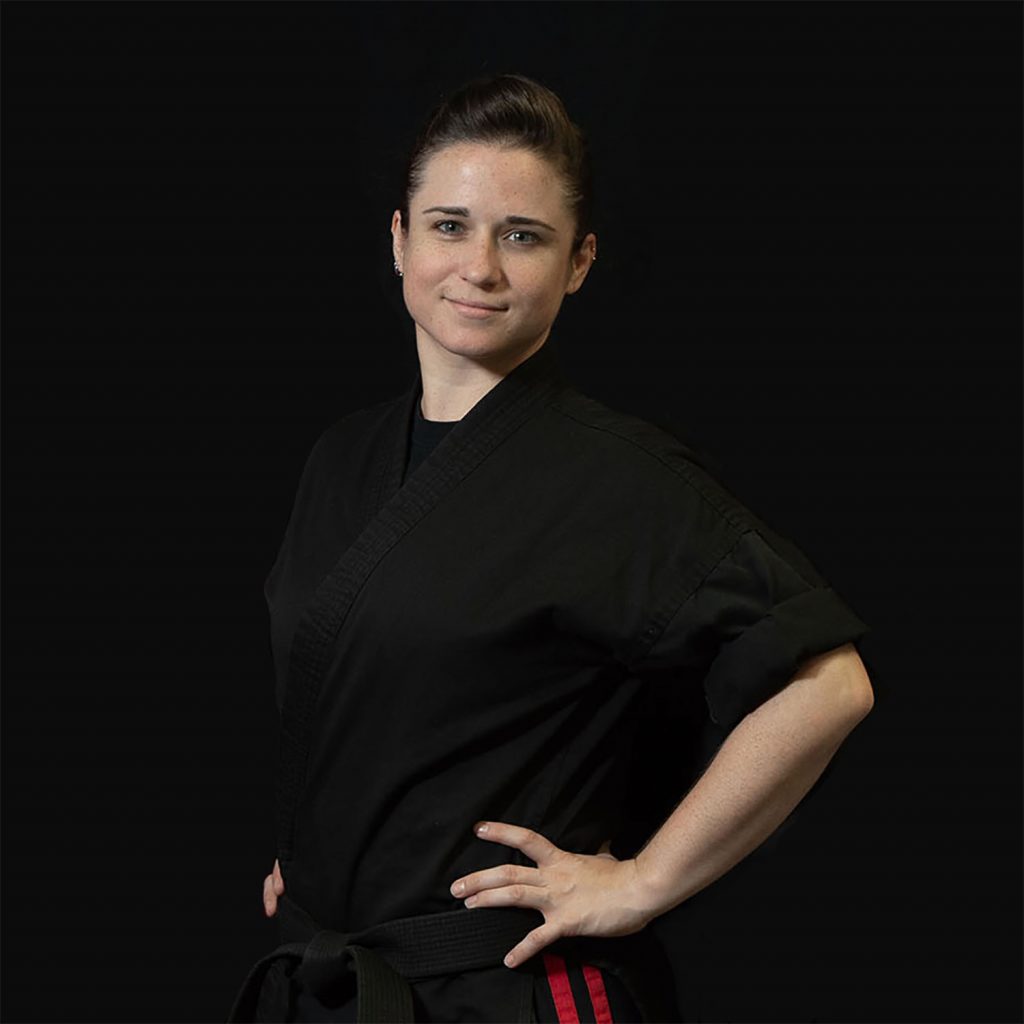 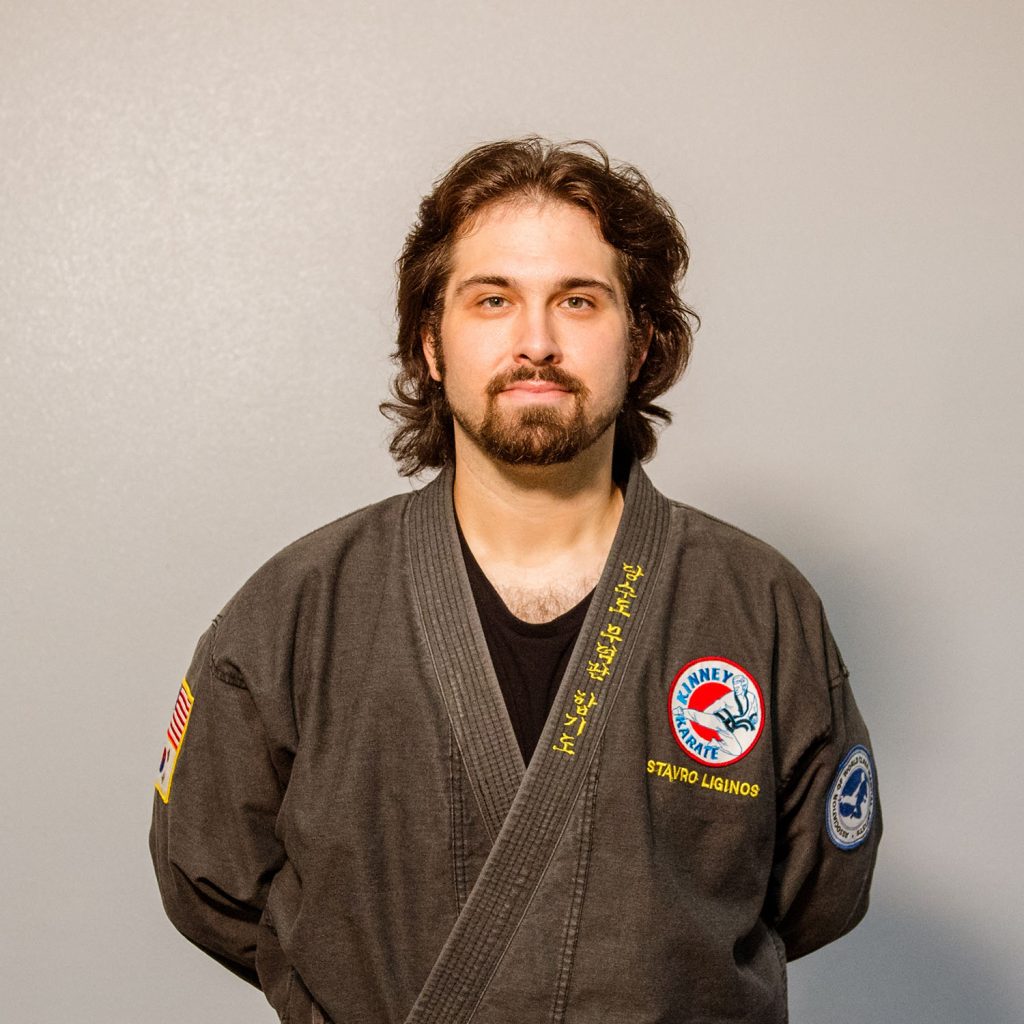 Stavro Liginos started with Kinney Karate under Master Seth Koehler at age 5 as a birthday present from his father. He earned his 1st Degree Black Belt at age 12 and now at 25 is a 4th Degree with his Master Instructor certification. He also received his EMT certification and has worked as a first responder until opening the dojo location. Stavro has assisted at most Kinney Karate locations and has served as a center lead at Azalea, Shore Acres, and Roberts Community Centers.

Stavro is well known for his Ooki skills, always doing his best to provide the best training on the mats as well as an entertaining experience for an audience. Stavro has been inducted into the EUSAIMAA Black Belt Hall of Fame for “Martial Arts Dedication” and “Inspirational Martial Arts Spirit”.

Stavro believes that it is only through the love, compassion, and support of his family and the Kinney Karate community that he has enjoyed such success and wants to continue that tradition at Balance Martial Arts and Gaming. 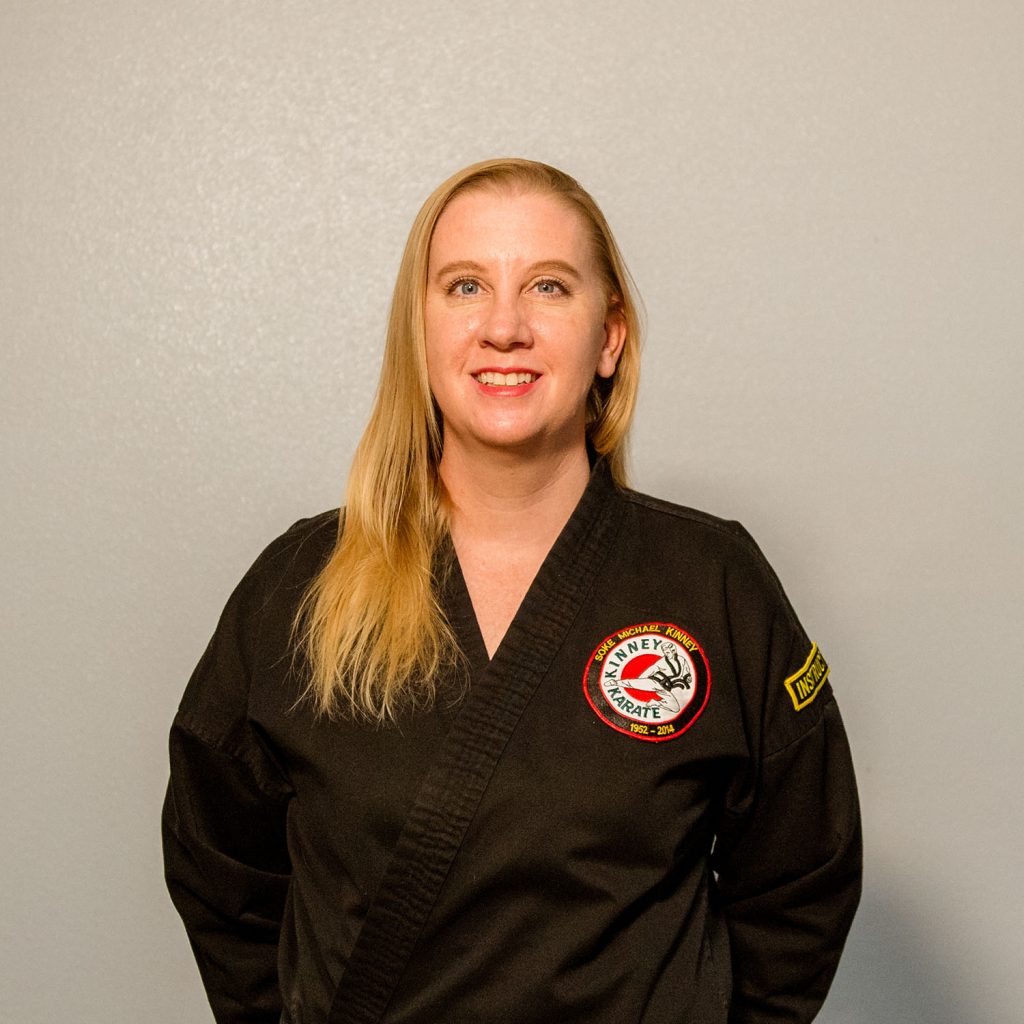 I began my Martial Arts journey, following in the footsteps of my children in 2013. Beginning my martial arts training as an adult was not an easy decision? Can I do this? Can I keep up with these young kids? Some aspects of my training would be easier as an adult, but that is not true for all of my training. Time, age were not on my side. As a Mom of 2 who was heavily involved in their schools it took extra time and dedication to juggle their schedules as well as my own. I believe there are only two ways to become good at martial arts. First is to always keep trying and second is to never give up. Martial Arts does not come easy to everyone, but with time and dedication anyone can achieve their goals. I am proof of that as I am now a 3rd Degree Black Belt. I became Center Lead Instructor at Fossil Park in 2018. I am dedicated to passing on my knowledge to anyone willing to learn. 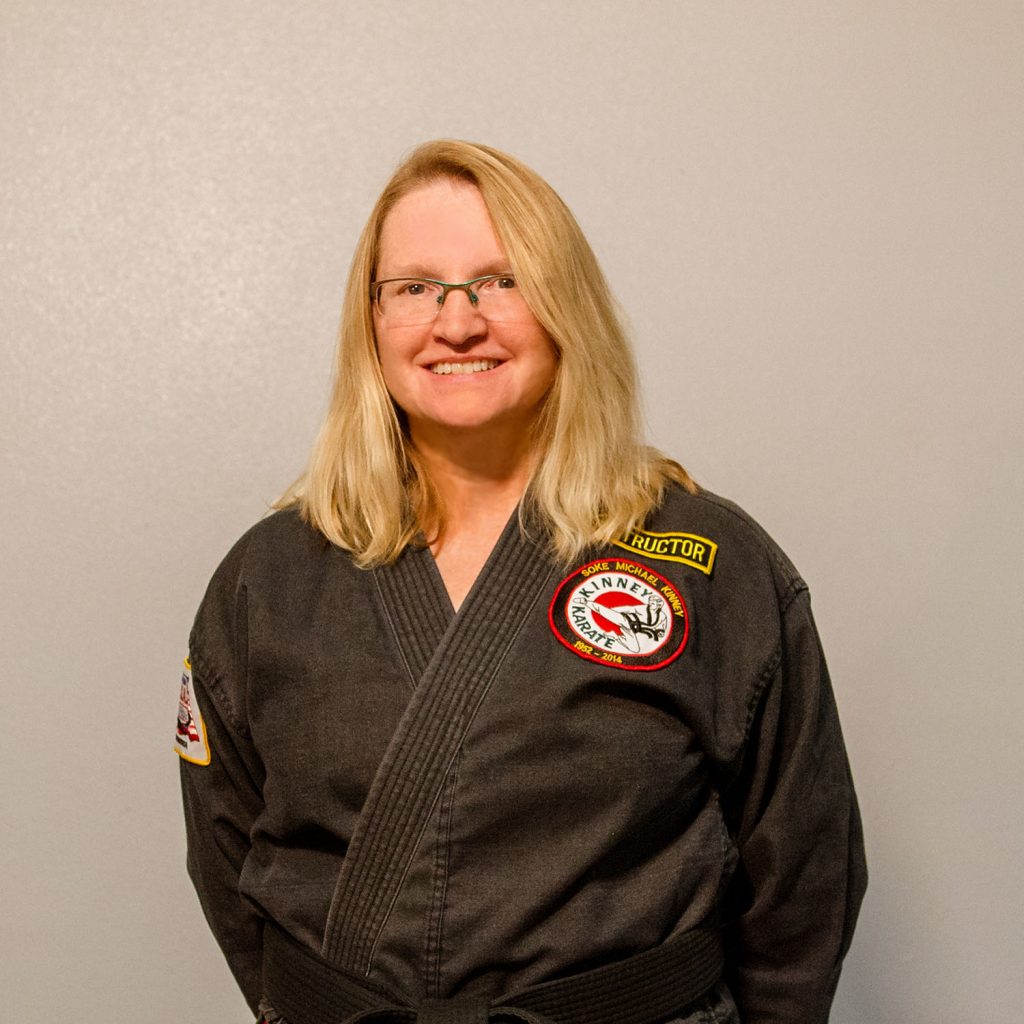 Kelly Bonyata started her martial arts journey in 1992, and joined the Kinney Karate family with her two oldest children in 2006 (her middle son wanted to be be a Power Ranger and her oldest son decided to go along for the ride!). She earned her 1st Degree Black Belt in 2010 and is now a 3rd Degree Black Belt. She became Center Lead Instructor at Shore Acres in 2018, and moved to Center Lead Instructor at Gladden Park in 2020, in addition to assisting Grandmaster Susan at JW Cate.

Kelly’s career shows that you can always return to your martial arts. She took time off from martial arts to have her first two children, then joined Kinney Karate and earned her Black Belt when her third child was a year old. She took time off to homeschool her older children through high school, and again returned with her youngest (who is now a Black Belt, too!) Kelly has been inducted into the EUSAIMAA Black Belt Hall of Fame for “Martial Arts Loyalty.” 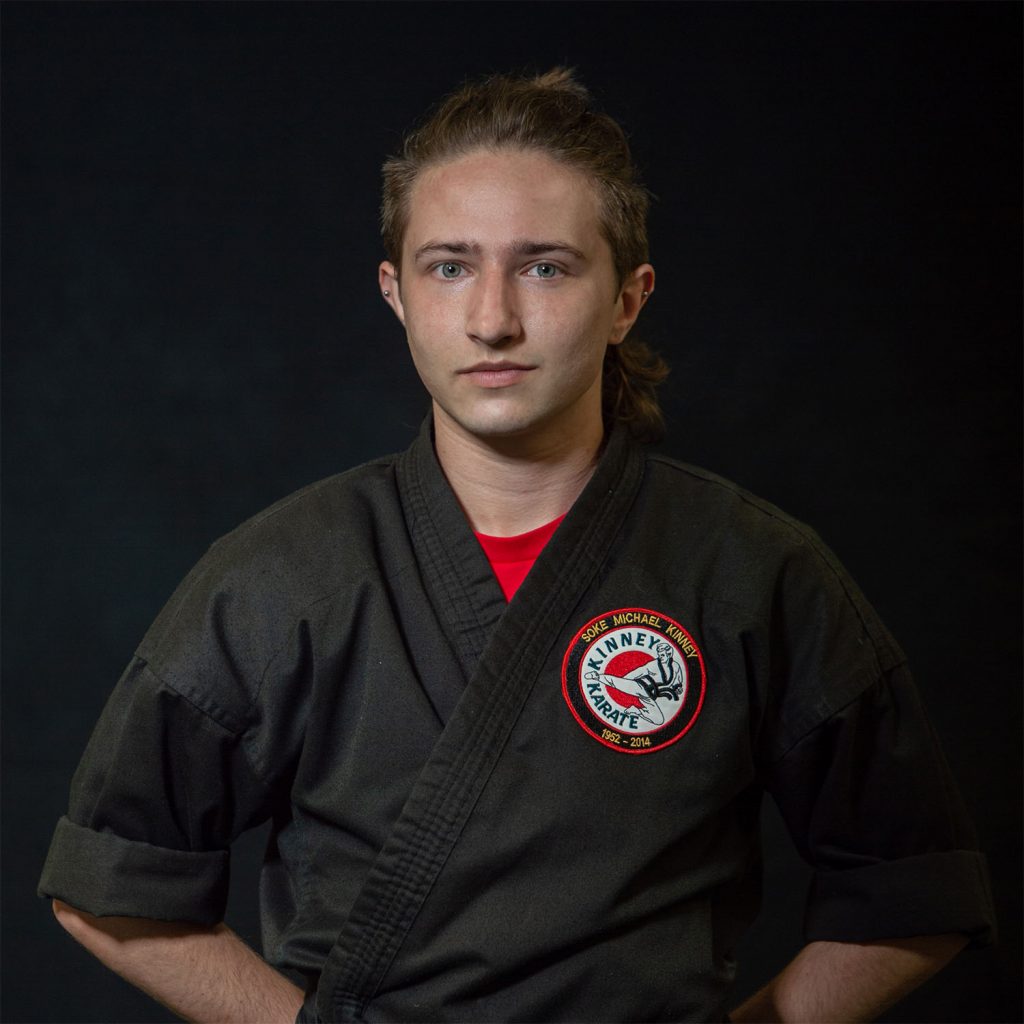